In the landscape of a social-media-dominated Internet, even so much as an obscure Twitter user’s tweet calling out your brand can quickly blow up into an enormous uproar involving several thousand commenters publicly deriding your product or company. Any marketer promoting the brand in question could hardly end up in a less enviable and flustering position, but there have been proven cases where a company or spokesperson transformed the derision into a boon for public relations.

Should you find yourself or your company’s brand to have become the subject of an uproar, understand that it inevitably happens with any business at any point in its history and that your preparedness to take it in stride will influence how well you or your business will look coming out of the mess. This sense of preparedness extends to how rapidly you can detect and join in on new online conversations that may be spreading negative word of mouth about your brand.

To effectively prevent newly-started conversations expressing concern about your brand from escalating into something more toxic, have an alert system established and set to keywords related to the brand so that you can monitor any mentions about them that appear in environments like Reddit and personally respond to the concerns in real time.

However, you should always remember that online PR is not merely a matter of responding to every single negative comment, as many users that post on social media do not intend to be reasoned with and revel in unconstructive arguments. Take a calculated approach to addressing the right people and providing the most appropriate responses to the different kinds of commenters among them; for example, while you would want to clarify any misinformation that is apparent among social media circles, you would do better to passively – but visibly –

stay back and listen if the debate hinges less on technical matters and is driven more by an emotional reaction to your brand.

Once you have entered a conversation about a perceived negative element of your brand, avoid arguing with those taking umbrage at the issue, as that will result in an increasingly volatile atmosphere and leave people feeling all the more strongly that their concerns or objections are neither being acknowledged nor understood. Only by being passive and ready to acknowledge the perspectives sent to you can you hope to promote a conversation that is not marred by tension between the consumer and the spokesperson.

Being a receptive, non-argumentative participant in the conversation does not mean taking the tone of a businessman immersed in the rigid atmosphere of a corporation, however. The various outlets on social media and other websites that your brand is visible to have communities with their own differing conversational tones and language usage, and you would want to match this tone as you communicate with the users at a given outlet in order to impart that you are a person just like them. As such, you can sell the idea more easily that you understand why they would have their issues with your brand at present.

Because a community focusing its attention on something contentious about your brand would see you as an embodiment of the brand itself, 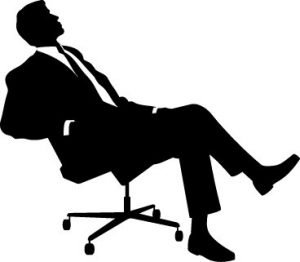 treat your job as though everything you say and do has an effect on how the public perceives your brand overall. However, since everyone complaining would focus on your behavior and how you address them, you should see the situation as an opportunity to win over them, whether by wit, logic, or sincerity. A tactful response made as the spokesperson of a company does a lot to improve your company’s image across various platforms and carries long-term benefits.

At BrightPast, we apply our knowledge about personal engagement with social media and Internet culture to advise customers who are wary of allowing their brand to end up becoming the subject of online ridicule and outrage, as well as assist customers whose brands may have stumbled into an unfortunate status within online forums already. Because a fallout with your brand can be flustering to the point that you might not know how to handle it, we are available for you to turn to for guidance.